The Ranee Museum was officially launched on September 28, 2018 at the Old Court House in Kuching.

Curated by the Brooke Trust, the museum centres on the life, legend and legacy of Margaret de Windt, wife of the second Rajah Brooke, who became the queen of Sarawak at the age of 19.

This exhibition will be a permanent museum fixture in Kuching, providing insight into Ranee Margaret’s life through paintings, music, literature and craft.

As Ranee for nearly half a century, one of her greatest contributions to the state was her appreciation for skills such as songket weaving and keringkam embroidery, leading her to be a patron to such crafts, having her personal collection which can now be shared in this exhibit.

Read more about the Museum here… 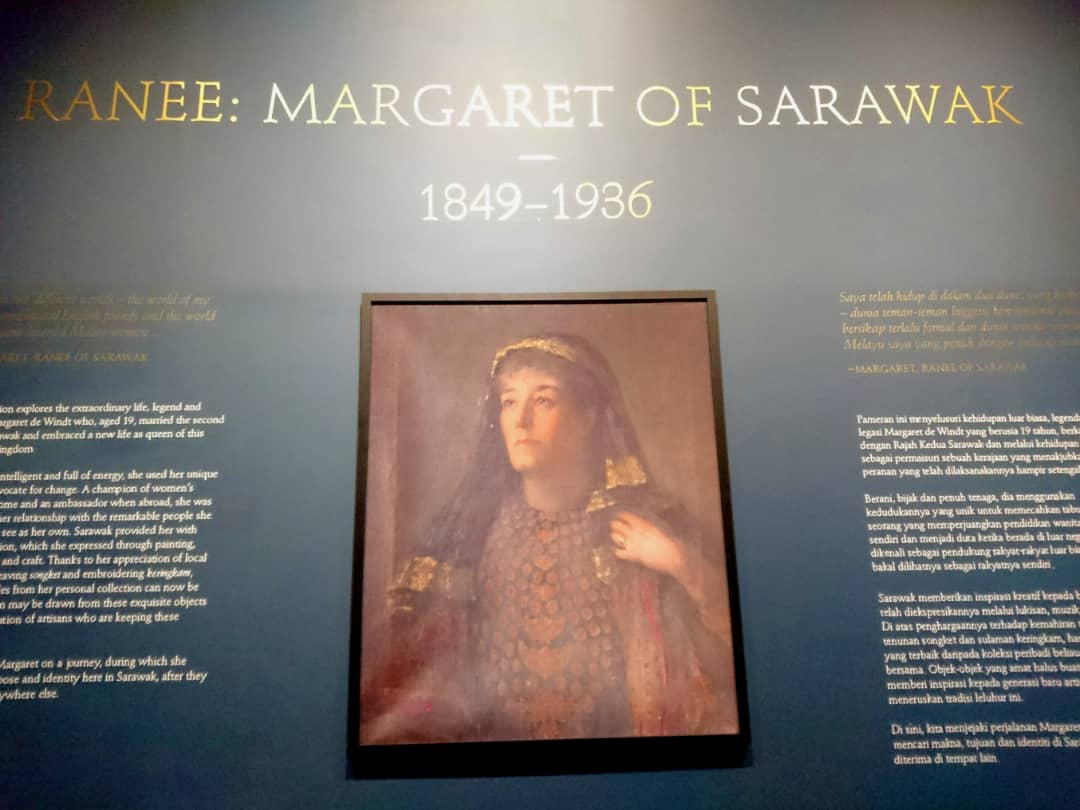