Similajau National Park showcases the unique geographical features of the Sarawak coastline north of Bintulu – a chain of golden sandy beaches, punctuated by small rocky headlands and jungle streams, and bordered by dense green forest. The 8,996 hectare park is at its best during the dry season (approximately February to October) when the emerald green waters are crystal clear and ideal for swimming. The park is very popular with locals at weekends. If you want to avoid the crowds, visit during the week when you are likely to have the park all to yourself.

Similajau’s littoral fringe, kerangas (or heath forest) and mixed dipterocarp forest provide a variety of diverse habitats for a wide range of fascinating species. In amongst its pitcher plants, mangroves and giant dipterocarp trees, Similajau is home to 24 species of mammals, including long-tailed macaques, gibbons, banded langurs, shrews, mouse deer, barking deer, squirrels, wild boar, porcupine, and civet cats. It is also a birdwatcher’s paradise, with 185 species of birds having been recorded within the park’s boundaries.

Similajau is also home to two crocodile species. The estuarine or saltwater crocodile (crocodylus porousus) lives near the river mouths of the larger rivers in the park and feeds on small mammals, lizards, turtles, fish and water birds.

There are no known cases of crocodiles attacking visitors at Similajau, but to be on the safe side visitors are advised to take note of the crocodile warning signs. (It has also been known to attack humans at other locations in Sarawak and in Australia). Please do not attempt to wade across the larger streams in the park, but use the bridges instead.

Similajau’s other crocodile species is the harmless false gharial (tumistoma schlegii), which feeds exclusively on fish. Crocodiles are more easily spotted at night, and the Park HQ can arrange crocodile spotting boat trips for visitors. Prehistoric-looking horseshoe crabs can often be found on the beaches or in the shallows, and green turtles frequently come ashore to lay their eggs at Golden Beach and the two Turtle Beaches closer to the park HQ. There are also occasional landings by hawksbill and leatherback turtles. All marine turtles are Totally Protected Animals in Sarawak and anyone found tampering with a nest is liable to a heavy fine and/or a jail sentence. Other marine visitors include five species of dolphin that are occasionally seen, usually be tween March and September ‘ the Irrawaddy dolphin, the bottlenose dolphin, the Indo-pacific humpback dolphin, the finless porpoise dolphin and the pantropical spotted dolphin.

The main trekking trail (red markings) follows the coastline of the park; from the park HQ you first cross the Sungei Likau suspension bridge to reach the plankwalk over the mangroves, from where you have two choices – to follow the plankwalk to the start of the trail proper, or take a short on the left at the very beginning of the plankwalk; a wooden ladder leads down to a secondary trail which joins the main trail near the junction for the Viewpoint Trail. This leads to a shelter with picnic tables looking back to the beach and park HQ. From shortly after the viewpoint turn-off, the main trail hugs the coastline and passes numerous small bays and beaches, eventually (1′ – 2 hrs) reaching three idyllic beaches – two turtle beaches each set in beautiful bays, and the aptly named Golden Beach with its long, unbroken stretch of sand. A good way to get the most out of Similajau is to hire a boat and be dropped off at Golden Beach and then trek back to the HQ (or vice versa). Boats can be hired for half day and full day coastal and river tours, or for crocodile spotting tours at night. 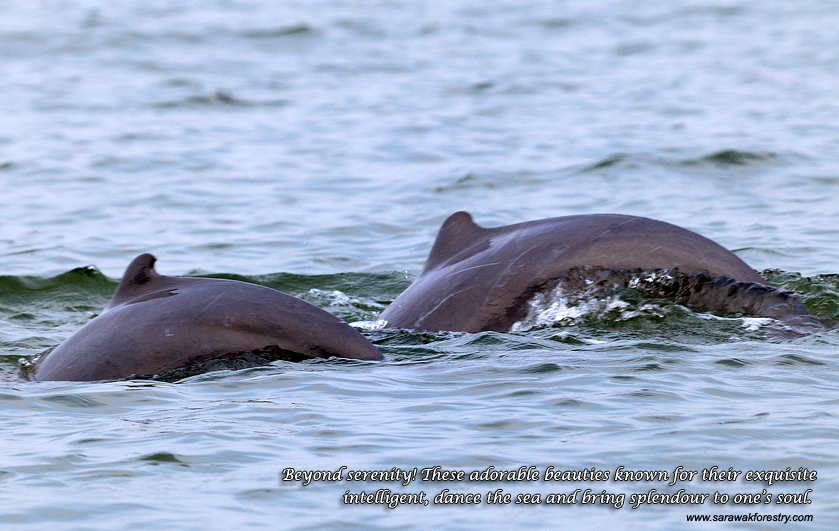 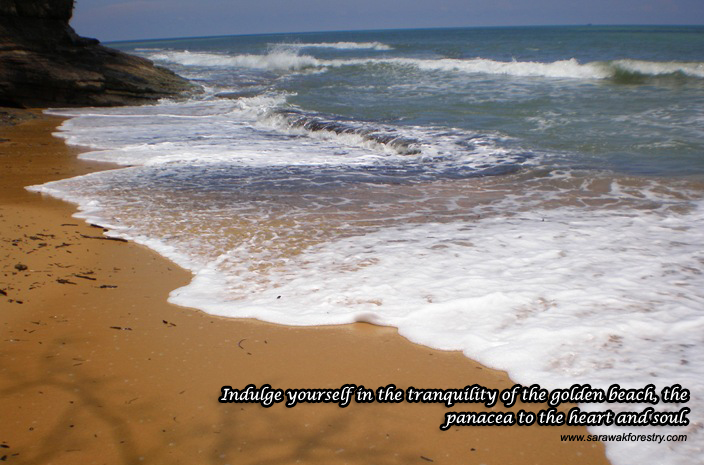 The trail starting from Turtle Beach 1 to Turtle Beach 2 and Golden Beach has been rendered impassable after the bridges along the trail declared unsafe.

Any inconvenience caused is very much regretted. For further inquiries and clarifications, members of the public may contact Similajau National Park Office at +6019-8610998.

Similajau National Park is located 30 kilometres north-east of the town of Bintulu and is reached via an unsealed. There is no regular bus service to the park so independent travelers usually take a taxi from Bintulu (approximately 30 min – don’t forget to book your taxi for the return journey). Local tour operators also offer transport and guided tours to the park. Alternatively, you may charter a fast boat from Bintulu Wharf, a somewhat more expensive but enjoyable option.