The launching began with the local singer Tony Engkabi singing an Iban song and ended with the grand performance by Malaysian singing sensation Shila Amzah with Chinese, English and Malay songs which celebrated the mix of races of the Sibu people.

During the launching ceremony the mascot for the Visit Sibu Year 2017, BUBU was unveiled for the first time, a crocodile that symbolizes a warrior welcoming visitors to Sibu. The mascot’s name is an abbreviation of ‘Bujang Sibu’, derived from the name of legendary Sarawakian crocodile Bujang Senang.

In conjunction with Visit Sibu Year 2017, various exciting and cultural events such as the Borneo Cultural Festival (BCF), Sibu International Dance Festival (SIDF), Rajang River Regatta and Sibu Base Jump will be held throughout the year.

However, the most significant events during the year will most likely be the ever-popular Pesta Kaul Mukah and Baleh Kapit Safari, a staple in Sibu tourism over the years. 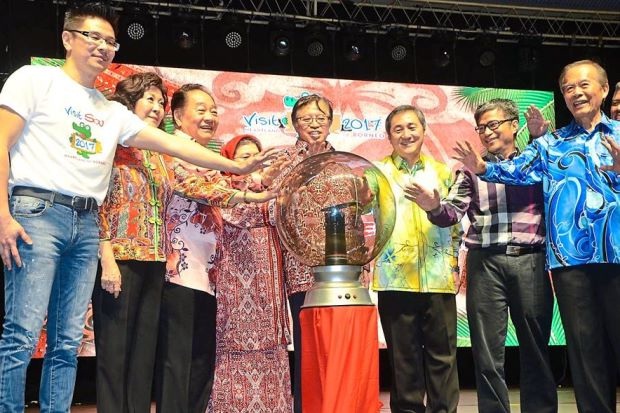 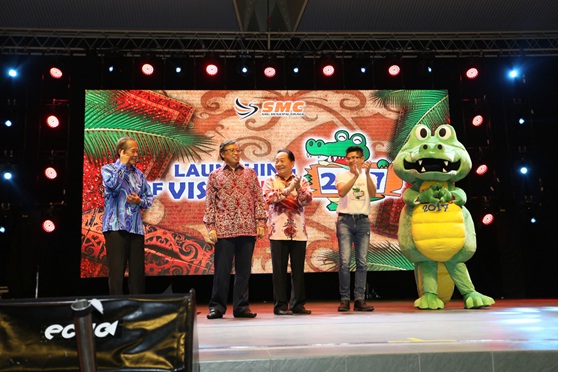 BUBU; the mascot was presenting himself after being announced by the Emcees. 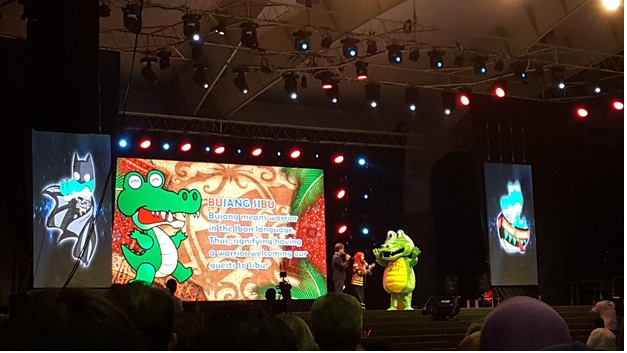 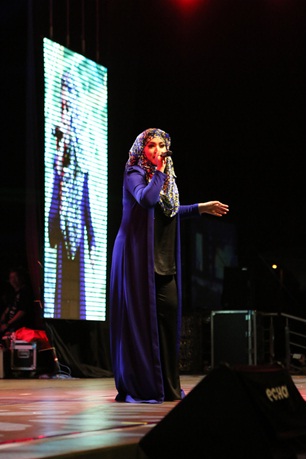 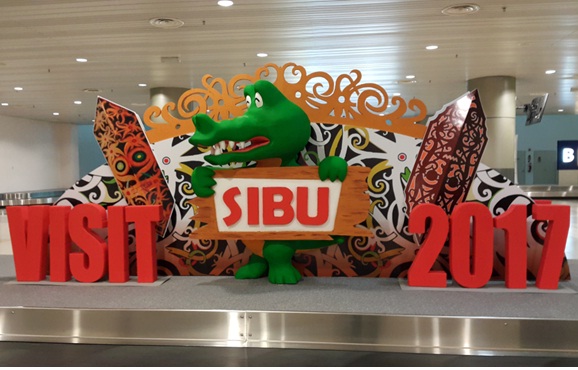