SIMBC is the seventh of the nine legs AMS series, which is being held across several Asian countries such as Japan, Philippines, Indonesia and Brunei.

SIMBC is divided into these categories: 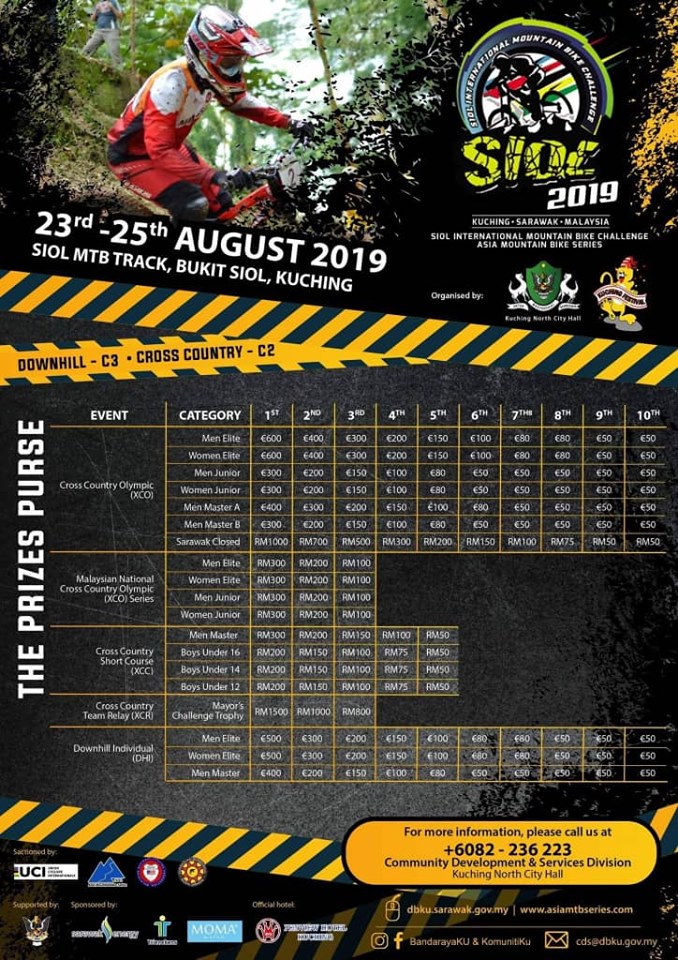 The Siol Mountain Bike Challenge was first held in 2003, organised by the Kuching North City Hall, and it has been held annually event since.  In 2014 and 2015, the event formally applied full Union Cycliste Internationale (UCI) specification and received participants from most of the states in Malaysia and our neighboring ASEAN countries.

In 2016, the SIMBC made history as the first UCI sanctioned mountainbike event successfully organized in Sarawak. SIMBC 2016 was given the honour to host the final leg of the Asia Mountainbike Series and UCI Junior XCO World Series 2016. Over 200 riders participated in this event coming from Asian countries namely Thailand, Brunei Darussalam, Indonesia, Philippines, Japan, India, Timorleste, Singapore and one from Portugal, Europe as well as State teams from Malaysia.