The Karnival Darul Hana will be taking place on from April 13 – 14 and 19 at Darul Hana Mosque Grounds, which is located along Jalan Tun Salahuddin, opposite Kuching Waterfront.

The main activities during the event are traditional food stalls, courses on solat practices, an ‘anti-crime’ forum, blood donation drives and health and dental screenings, as well as demonstrations in traditional arts such as the making of traditional food, keringkam, mat weaving, traditional malay martial arts and many more.

The local businesses will also be hosting their own ‘darul hana kitchen’ with entrepreneurs selling their food and drinks. 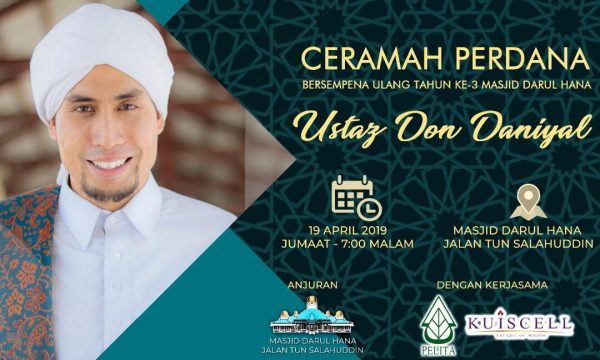