Lambir Hills NP had increasingly becoming a place of interest for trekking and run activity by legal (in existing trails) and illegal (outside of existing trails) individuals. Geographically famous for its rugged terrain, the park is at high target for individuals seeking for challenges.

This event was initiated and jointly organized by Sarawak Forestry Corporation, Forest Department and Underground Runner Club Miri in effort to educate their members, family and friend on the illegal running threat at LHNP and other totally protected area in Sarawak. This event is a benchmark for future event at TPA’s location as a platform in assisting the park in enhancing awareness on National Park & Nature Reserves Ordinance and conservation among members of public. 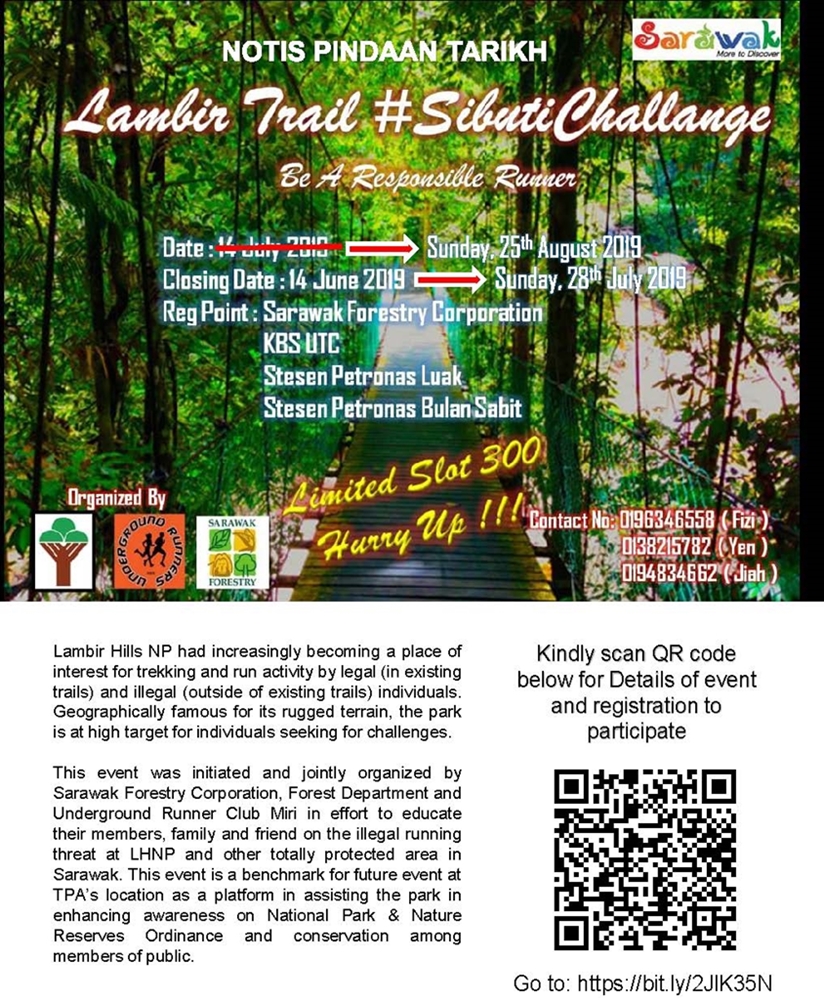