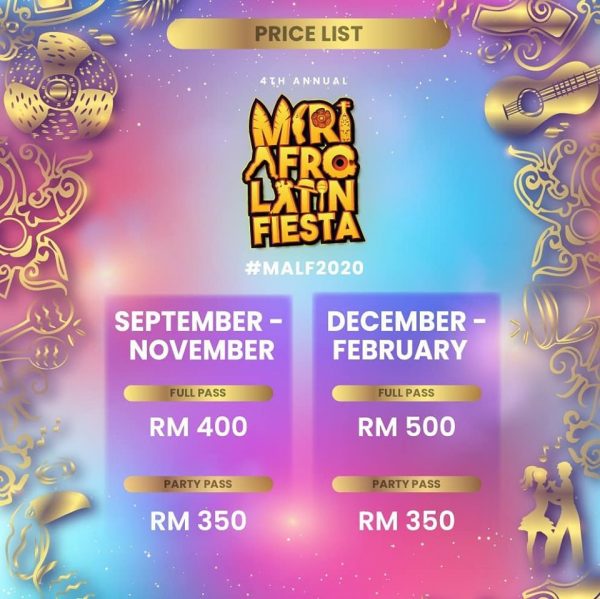 What is Miri AfroLatin Fiesta?

AfroLatin dances originated from African and Latin background such as Salsa, Semba, Bachata, Pachanga and Kizomba. These are social dances that you can dance alone, or as a couple and in a group. Bringing AfroLatin dances to Miri marks as one of our efforts to introduce them as a new fitness attraction for Miri community whilst exposing them to all other fitness modules that we already have.

As the second largest city in Sarawak, Miri is starting to be recognized as an alternative getaway destination for tourists from all over the world. As the founder of La Danza Fitness & Dance Studio and the Organizer of the event, I travel frequently to attend International dance festivals and when asked where I am from, I will proudly say Miri, Borneo. Not having heard of Miri before, their curiosity of this coastal city sparks chains of questions. This easily inspired me to organize Miri AfroLatin Fiesta; an event that gathers people from all over the world while at the same time exposing them to the tourist’s attractions that we have to offer.

Miri is the main tourist gateway to Gunung Mulu National Park, Loagan Bunut National Park, Lambir Hills National Park, Niah National Park and Miri-Sibuti Coral Reef National Park.  Miri is also the birthplace of the Malaysian petroleum industry.  There are so many beautiful things about Miri that are hidden from the knowledge of the world.