STB CEO Sharzede Datu Hj Salleh Askor said the latest homegrown campaigns have been well-received by Sarawakians and permanent residents because it was launched at the right timing, with interest to uncover and re-discover the vast travel gems that exist in their own backyards skyrocketing since SSS and SSSA were first introduced in 2020 and 2021 respectively.

“With SSS 3.0 and SSSA 2.0, we have expanded the number of packages available, giving Sarawakians even more opportunities to discover the uniqueness of the state and simultaneously contribute to the recovery of the state’s tourism economy,” she said.

“Ultimately, Sarawakians can explore and experience the beautiful culture, adventure and nature within their own state, and become tourism ambassadors for other travellers around the world,” Sharzede concluded.

Launched on March 1st 2022, the SSS 3.0 campaign offers more than 88 packages for tours and activities throughout Sarawak which includes daytrips and multi-day trips, while the SSSA 2.0 campaign offers attractive staycation packages at local hotels and resorts, both at discounted prices up to 50% off. 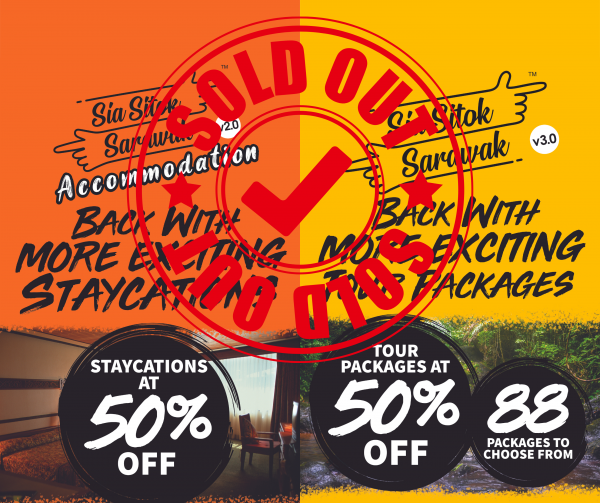