First Cruise Ship Of The Year Arrives In Kuching

KUCHING, Friday: The Cruise Ship ‘Star Legend’ of Windstar Cruise docked at Sim Kheng Hong Port on January 8 at 8.45am, making it the first cruise ship to berth in Kuching this year.

194 passengers, mostly from Europe and the United States, were greeted with a traditional garlanding as they disembarked to visit Bako National Park, Sarawak Cultural Village and experience a tour around the Cat City.

This was the maiden voyage by Windstar Cruises and is the first of nine cruises scheduled to berth at Sarawak’s harbours.

Kuching is expected to receive three additional ships this year as compared to the six cruise ships from last year.

Ten ships with 3,646 passengers arrived in 2015 with the Seabourne docking in Kuching once, Insignia twice and Nat Geo Orion thrice in Kuching while the Silver Wind, Statendam, Silver Shadow and Europa 2 docked in Bintulu.

Arriving cruise ships positively affect local industries such as attraction caretakers, food, and beverage and service providers, receiving an injection of a few hundred additional customers in one day.

“The gradual increase in cruise ships arriving to Sarawak is encouraging, as passengers from these cruise ships are a boon to the Sarawak economy in the port cities, creating a spinoff in the service industry from their patronage,” stated Director of Events and Corporate Relations, Angelina Bateman. 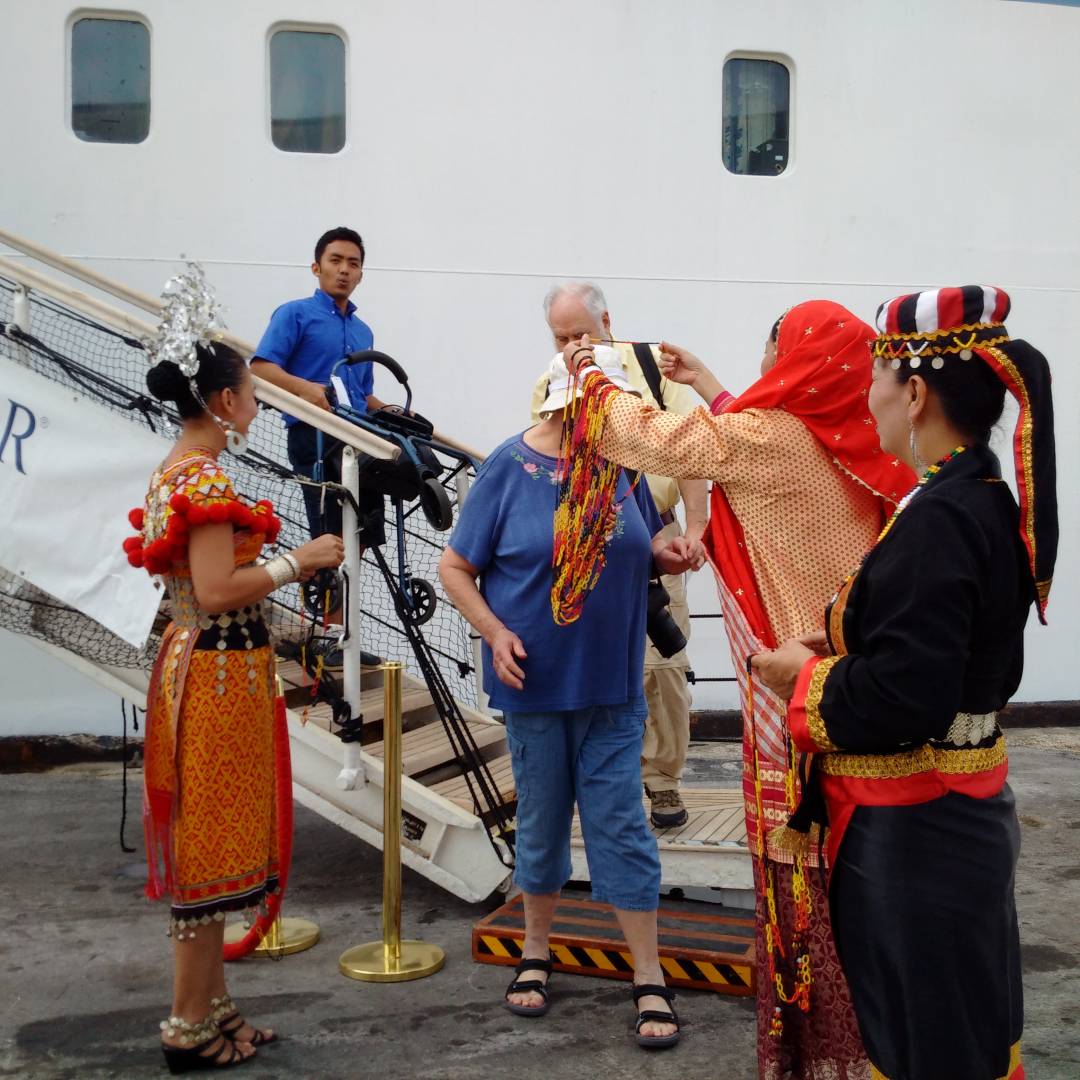 Passengers disembarking and being garlanded by cultural troupe. 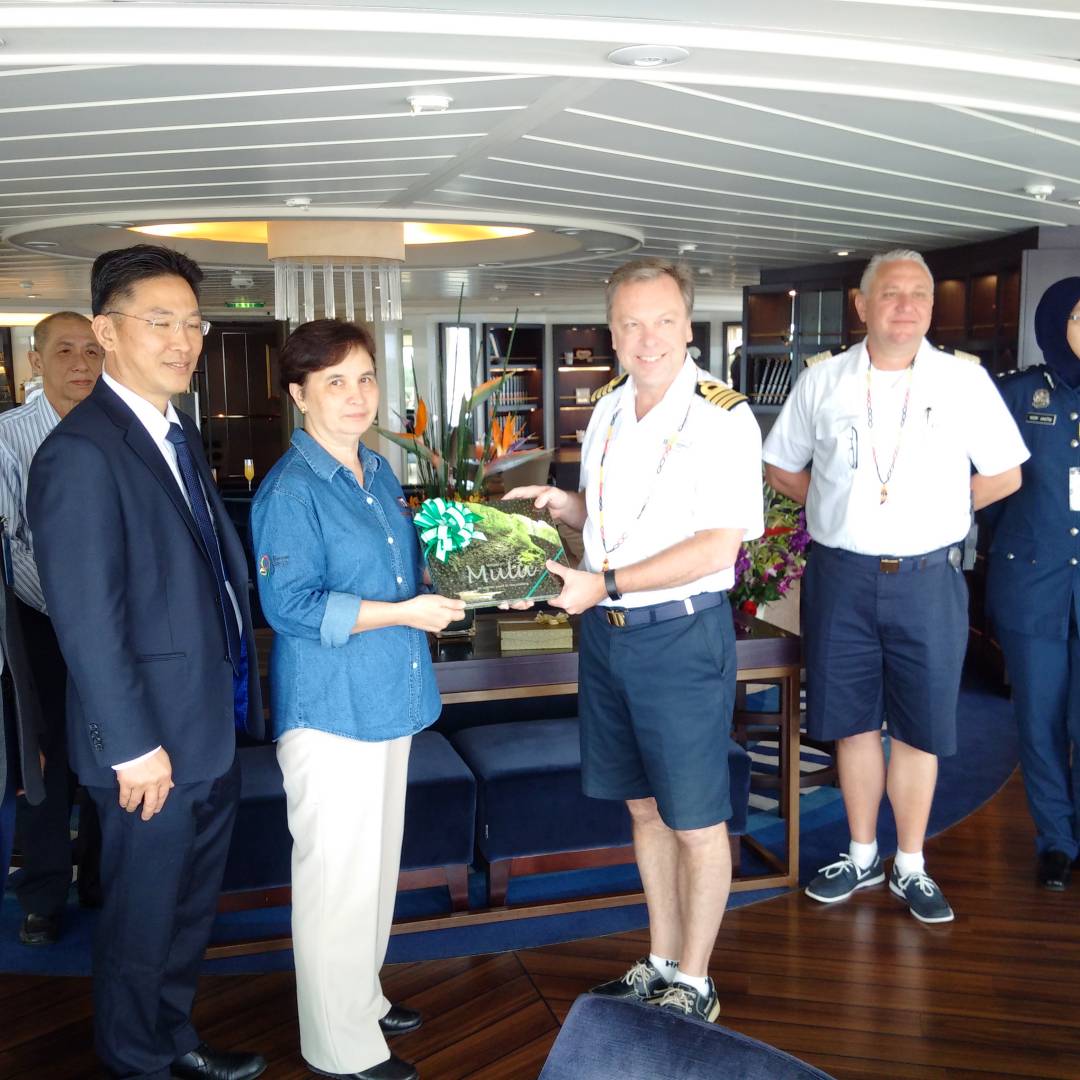