Miri, Sarawak – Scoot, the low-cost subsidiary of Singapore Airlines (SIA), launched its maiden passenger service between Miri and Singapore today, making it the airline’s second flight service to Sarawak, on top of its existing flight service to Kuching.

The inaugural flight, TR400, departed at 12:20pm from Singapore, and was welcomed with a commemorative water cannon salute as the A320 aircraft taxied down the runway at Miri International Airport (MYY) upon arrival at 2:20pm* today. Onboard, passengers were treated to signature Scootitude inflight activities such as trivia games about Miri, led by Scoot’s cabin crew, who are affectionally known as Scootees.  Upon arrival, passengers were also greeted with special performances by Sarawak cultural troupes, which provided them with a glimpse of Miri’s rich cultural diversity and heritage. The first outbound flight from Miri to Singapore, TR401, is scheduled to depart at 3:00pm*, with a scheduled arrival in Singapore at 5:00pm*.

Sarawak Minister for Transport Dato Sri Lee Kim Shin said this inaugural flight by Scoot marked a good beginning of direct international flights into Miri City, a renowned destination for nature and adventure-based tourism products and for its oil and gas industry.

“Scoot is the first airline from Singapore that lands at Miri Airport today. I wish to express my thanks to Scoot’s top management for its decision and support to fly the Singapore – Miri route. This inaugural flight marks the beginning of a foreign airline that flies direct to Miri City from Singapore. It will be a boost to Miri’s tourism industry and business travels. Miri has a lot to offer in terms of tourism and business activities, especially oil and gas.

“I sincerely hope that Scoot will work closely with our Sarawak Tourism Board, tourism industry players, business communities and Sarawak Trade And Tourism Office in Singapore to promote this new route. Wishing Scoot all the very best and success in this new route,” he added.

“Scoot is delighted to launch this new route to Miri, the northern gateway to the state of Sarawak. The launch of the twice-weekly flights to Miri is testament to Scoot’s continued commitment to serving the varied travel needs between Singapore and Malaysia, and providing connectivity via Singapore to and from our wider network of 71 destinations worldwide, at great value fares,” said Calvin Chan, Chief Commercial Officer, Scoot.

Puan Sharzede Datu Haji Salleh Askor, Chief Executive Officer of Sarawak Tourism Board said, “We are heartened to welcome passengers from Singapore to Miri, Sarawak on this momentous inaugural flight. A unique plethora of culture, adventure, nature, food, and festivals, we are certain travellers from Singapore will enjoy the many offerings of Sarawak. With the addition of this new direct route to Miri, we look forward to welcoming more visitors from Singapore during the upcoming holiday season.”

“We will continue creating meaningful experiences for our travellers whilst spearheading responsible tourism initiatives, as we believe it will contribute to the wellbeing of our local communities and the environment,” she added.

According to Dato’ Iskandar Mizal Mahmood, Managing Director of Malaysia Airports, “We are

as this is a sign of growth and positive outlook for the aviation industry in this region. Scoot’s

Home to a wide range of picturesque flora and fauna, travellers can enjoy numerous wildlife attractions and pristine national parks, such as the Gunung Mulu National Park, that Miri has to offer. They can also look forward to swimming alongside the thriving marine life or explore a sunken World War II Japanese ship.

While passengers travelling on the current flights between Singapore and Miri are subject to local quarantine requirements, Scoot looks forward to the gradual relaxation of measures to provide more travellers the opportunity to experience new and unique sights and cultures.

All times local. Schedules are subject to changes and regulatory approval. 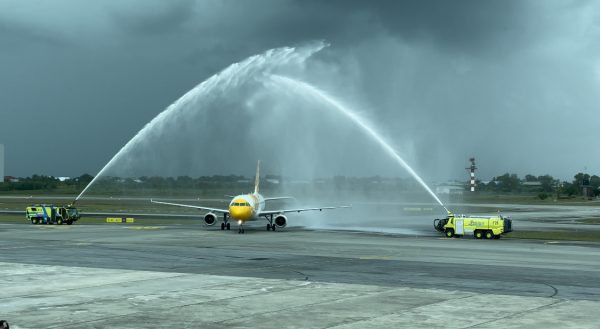 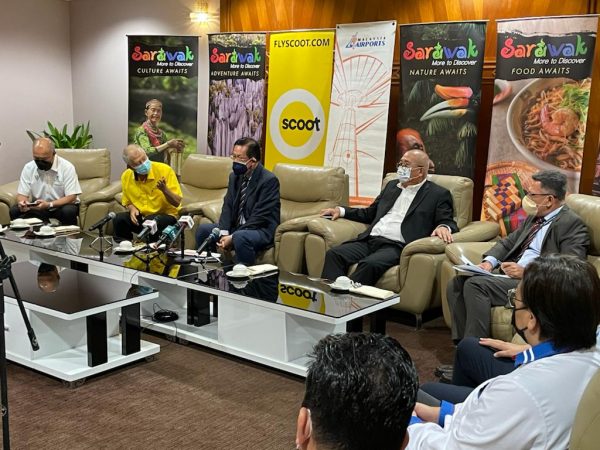 Sarawak Tourism Board (STB) is the key promoter for Sarawak. STB is a winner of the Asia Pacific Excellence Awards in 2018 and 2016 by Asia-Pacific Association of Communications Directors (APACD) and has received the ASEAN PR Excellence Award 2015 Gold Award. The Board also received the Travel Journal Awards in 2017 for ‘Best for Nature’ category at the ASEAN Tourism Forum. The Rainforest World Music Festival is a five-time Top 25 Best International Festivals recognised by Songlines world music magazine (2011 – 2015), The BrandLaureate World BestBrands Award “Destination Branding” (2019), PATA Gold Award Marketing Travel Video winner “Why Limit Yourself” (2019), “One to Watch” by WTM Responsible Tourism Awards 2021 in the Destinations Building Back Better Post-Covid category and Marketing Excellence Awards 2021 (bronze) for “Excellence in Mobile Marketing”.

For more info about, logon to  Sarawak Tourism Board’s website at https://sarawaktourism.com

For more information about current SOPs of entering Sarawak, logon to https://mtcp.sarawak.gov.my/