Designed to connote fun, and friendliness, the multi-coloured logo spelling out “Sarawak” with the tagline, more to discover, represents the aspirations of the campaign.

The uniqueness of the logo is augmented by the hornbill, which replaces the letter “A,” representing Sarawak’s moniker, “Bumi Kenyalang,” or “Land of the Hornbills” that the State has been known for many years, which is also an important symbol of luck to the indigenous people of Sarawak.

Hamzah said that the Visit Sarawak campaign is envisioned to place Sarawak on the tourism map as one of the preferred tourism destinations in Southeast Asia.

“The tagline, “More to Discover” underscores Sarawak Tourism Board’s strategy to position the state as a plethora of culture, adventure, nature, food, and festivals (CANFF) that is not found anywhere else in the world, and ready to be discovered.”

“We will be looking at rolling out through the line campaigns in each of our target markets with the aim to increase visitor arrivals to Sarawak to 5.2 million by the end of 2019. Last year, we achieved 4.86 million tourist arrivals and we are well on our way to achieve our target of 5 million this year.”

He said that the State will target six international markets with domestic tourists at the fore.

Sarawak had recorded a total spending of RM8.59 billion from tourism in 2017, which accounted for 7.9% of its gross domestic product (GDP).

Domestic arrivals will be one of the key targets.

“We will target an increase of 12% in arrivals from the Malaysian market. We are confident that we will be able to achieve our target as Sarawak has a lot to offer Malaysians as we have everything at a fraction of the price, just a little more than an hour away from the West Malaysia.”

International arrivals to Sarawak clocked in at 2.6 million last year. Some of the key international markets for Visit Sarawak will be UK, Germany, the Benelux, China, Australia, ASEAN countries. ASEAN countries were a key source of visitors, which accounted for 48.98% or 2.38 million arrivals in 2017.

Askor said that the campaign will revolve around four strategic thrusts.

Askor said, “Digital will be a large part of our campaign. Besides creating content on digital platforms to reach out to our markets, we are also developing a mobile app which will anchor the discovery process for all our visitors.” 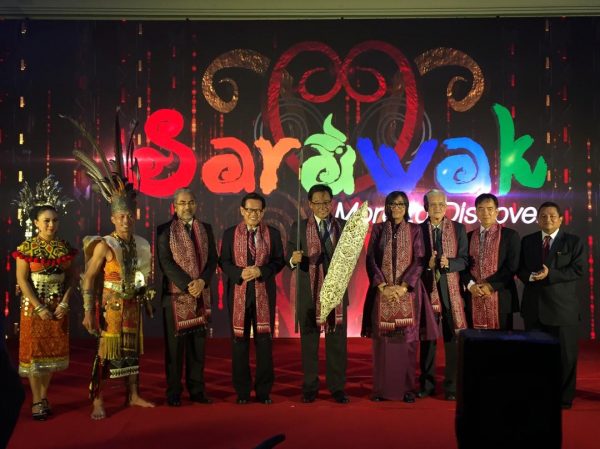 Sarawak Tourism Board is the key promoter for Sarawak. STB is a winner of the Asia Pacific Excellence Awards 2016 by Asia-Pacific Association of Communications Directors (APACD) and has received the ASEAN PR Excellence Award 2015 Gold Award. The Rainforest World Music Festival is a five-time Top 25 Best International Festivals recognised by Songlines world music magazine (2011 – 2015).