The first day of the fair’s opening saw the packed programme for the Minister and his Assistant, Datuk Lee Kim Shin with trade business partners taking turns for the schedule meeting sessions and media interviews by Berlin based FVW Medien travel trade magazine, Reise Aktuell, Vienna based international travel magazine and the Radio xy UG station.

During these meetings, a variety of topics were covered including talks on airline connectivity, promoting current events and creating new events in Sarawak, as well as, promising an encoring interest from ITB Berlin in the future.

Tomorrow’s line-up of programme for Datuk Karim includes the signing of Memorandum of Understanding on joint marketing programme in Germany between STB and Tischler Reisen GmbH and also the launching of the marketing campaign for the State’s new tourism destination, Sibu and Central Sarawak.

ITB Berlin is expecting more than 160,000 visitors attending the five-day fair   which is reputed to be the world’s biggest and leading travel trade show. 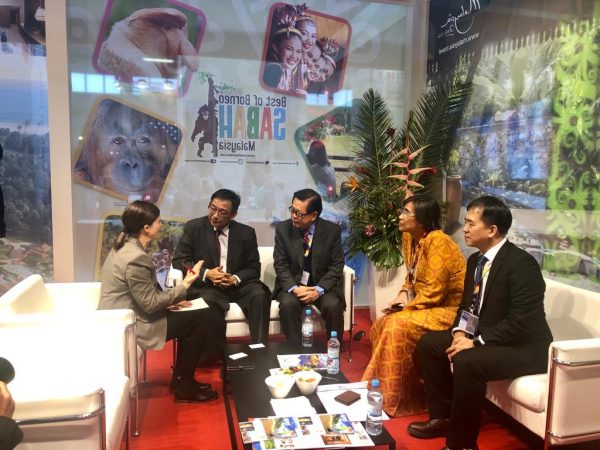