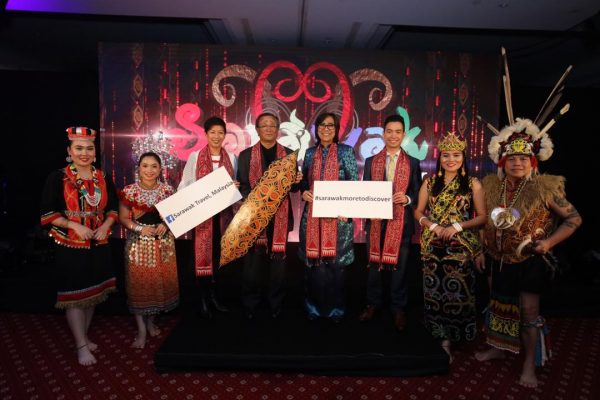 Sarawak Tourism Board unveiled the Visit Sarawak Year logo on November 6, 2018, as a precursor to its official launch in January 2019 at an industry event held in London today.

Sarawak Minister of Tourism, Arts, Culture, Youth and Sports, Datuk Haji Abdul Karim Hamzah said that the Visit Sarawak campaign is envisioned to place Sarawak on the tourism map as one of the preferred tourism destinations in Southeast Asia.

“The tagline, “More to Discover” underscores Sarawak Tourism Board’s strategy to position the state as a plethora of culture, adventure, nature, food, and festivals (CANFF) offerings that are not found anywhere else in the world, and ready to be discovered,” he said.

As of July this year, Sarawak received 19,784 arrivals from the UK and with the hope to reach a 10% growth this year.

He cited that the seven days Kuching combine with Mulu packages which are favoured by tourists from the UK with Central Sarawak being a rising attraction.

“We will be looking to intensify efforts to increase arrivals from the UK in the coming year while at the same time to increase their length of stay to at least 10 days in Sarawak”.

Sarawak had recorded a total spending of RM8.59 billion from tourism in 2017, which accounted for 7.9% of its gross domestic product (GDP).

International arrivals to Sarawak clocked in at 2.6 million last year. Some of the key international markets for Visit Sarawak will be UK, Germany, the Benelux, China, Australia, and ASEAN countries. ASEAN countries were a key source of visitors, which accounted for 48.98% or 2.38 million arrivals in 2017.

The newly-minted Sarawak Tourism Board CEO, Askor said, “Digital will be a large part of our campaign. Besides creating content on digital platforms to reach out to our markets, we are also developing a mobile app which will anchor the discovery process for all our visitors.”

Sarawak Tourism Board’s new logo multi-coloured logo spells out “Sarawak” with the tagline, “More to discover” to represent the aspirations of the campaign.

The uniqueness of the logo is augmented by the hornbill, which replaces the letter “A,” representing Sarawak’s moniker, “Bumi Kenyalang,” or “Land of the Hornbills” that the State has been known for many years, which is also an important symbol of luck to the indigenous people of Sarawak. 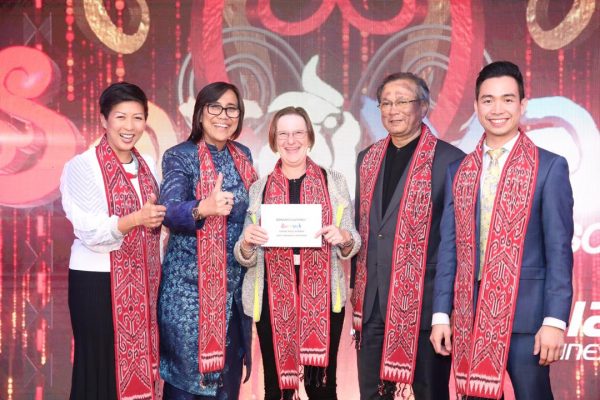