Sail through the rivers of Mukah 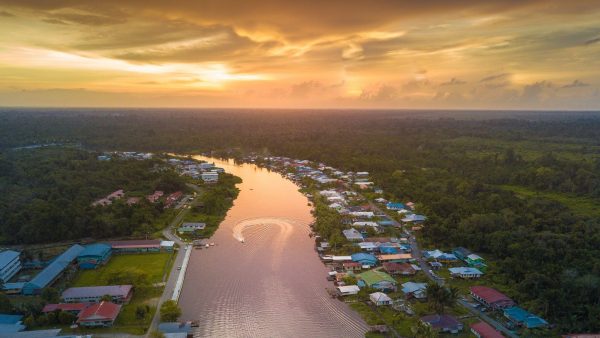 Sarawakians pride themselves on living in a land of wonder and excitement, where endless experiences await those who dare to come. There is so much to do in Sarawak besides spending your weekend in Kuching strolling by the waterfront. Let us explore the rivers of Mukah.

Enter Mukah, the deceivingly sleepy capital of Mukah division. This central region is located along the coast of Sarawak. It is also commonly associated with Pesta Kaul (Kaul festival) which is celebrated by the Melanau community. 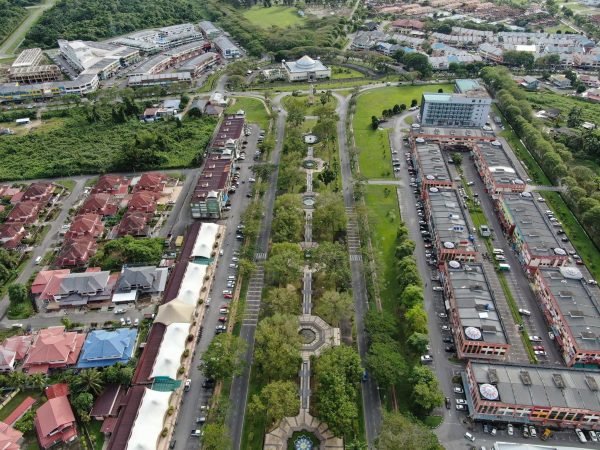 The veins of Mukah. Image: Shutterstock

The rivers of Mukah

The Melanau heartland has an abundance of nature interweaved with culture. It has been this way for centuries. There is no denying that the geographical location of this idyllic town illustrates how the rivers, Batang Mukah, Batang Oya, Batang Igan and Batang Rajang, plays a significant role in the lives of people who live here, creating a nurturing bond between nature and its inhabitants.

So, what can we look forward to in Mukah?

To find out more we need to learn about the Melanau people first. According to anthropologists, Melanaus are among the original settlers of Sarawak (The Report: Sarawak 2008, 2008). The name “Melanau” itself was said to be given to the inhabitants of the coastal swamp flats and the riverbanks of Sarawak’s central region by one of the Sultans of Brunei. 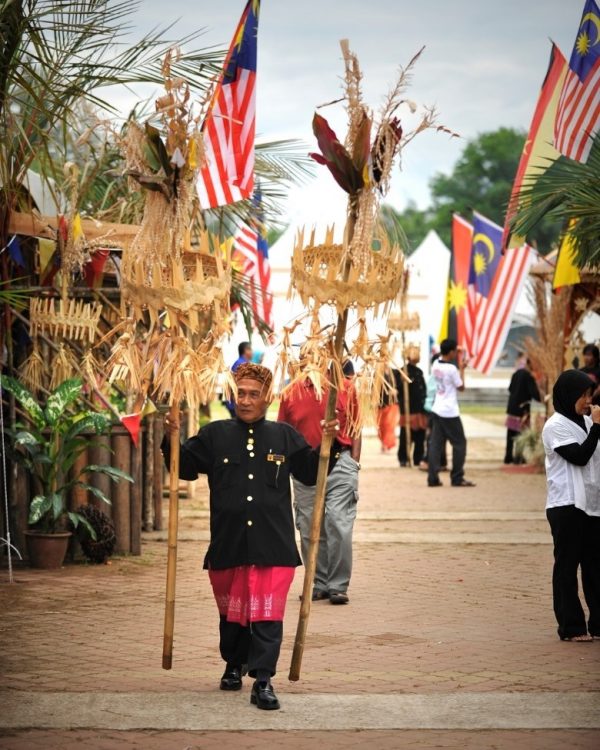 Pesta Kaul unites the Melanau people and the community in Mukah. Image: STB

In the early days, the Melanau people adhered closely to a belief system that intertwined their lives with their surrounding nature. You can see how prevalent this is in Pesta Kaul, a ceremonial festival to appease the spirits of the sea, Ipok. 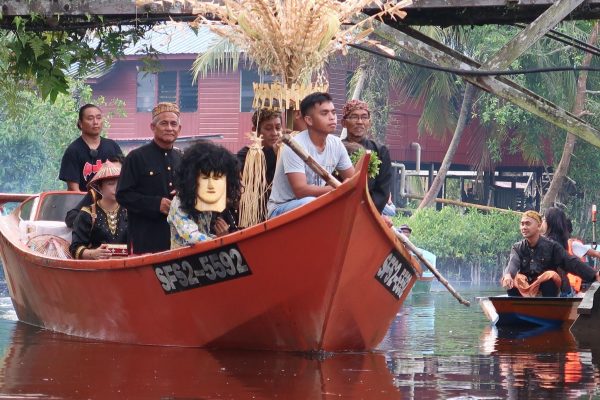 On the festive day of Pesta Kaul, offerings such as food, cigarettes and betel nuts are placed on poles called seraheng, which are then brought to the river in a boat procession to please the spirits. Next, bapak Kaul (‘father’ or leader of the Kaul festival) scatters yellow rice around the food offerings as an invitation to Ipok to feast on them. This is followed by prayers and chants to Ipok to increase providence for the coming year.

Over the years, regardless of the diversity of various religious beliefs and practices, Pesta Kaul traditions and activities still play an important role in bringing the community together. 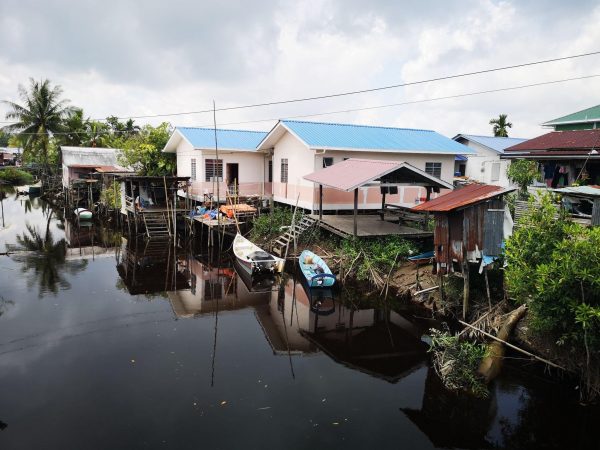 Peace and tranquillity at one of the many Melanau villages in Mukah. Image: Shutterstock

Traditionally, Melanaus have been mostly farmers, traders, and sago producers but they have been recognised as fine boat builders and fishermen. There is no coincidence that Pesta Kaul is held during the northeast monsoon in April. During this period, the seas are very rough, and the villagers often must endure flooding, which spells hardship for the Melanaus and their livelihood.

The rivers are considered the cradle of civilisation in Mukah, and they continue to serve its inhabitants till today. Fishing is one of the major sources of livelihood as it is a vital industry to the local people. Pay a visit to the local fish market and you will be delighted to discover a range of fresh-from-the-sea produce such as local red snappers, pomfret, stingray, mackerel, terubok and shrimps. 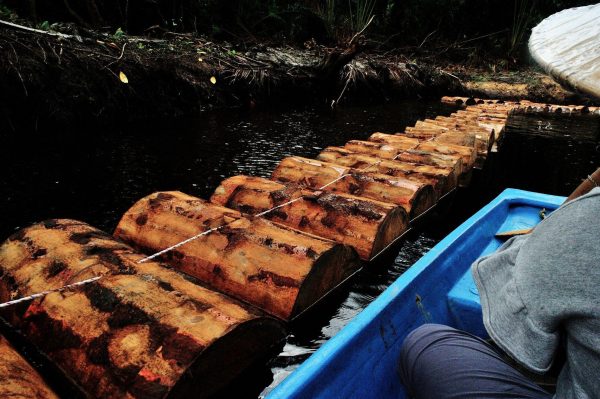 Another important source of income for Mukah inhabitants is sago production. Sago is derived from sago palms trees. They grow abundantly on the coastal areas of Mukah due to its fertile, swampy peat soil. The locals have cultivated sago for centuries and it has become an integral part of their daily lives. Sago based local delicacies such as tebaloi and kuih sepit are popular amongst the locals and tourists alike. These foods have become the pride of the Melanau community.

The sago palm trees are transported via the rivers in Mukah to the factories for processing. Mukah is truly a living example of nature, culture and inhabitants cohabiting and functioning as one ecosystem.

To discover more about fascinating Mukah and its interesting activities, check out https://sarawaktourism.com/tours_activities/mukah-melanau-cultural-heartland/

Get ready to immerse yourself in the culture, nature, and excitement of this coastal town as you traverse along the scenic rivers that tell a thousand tales. 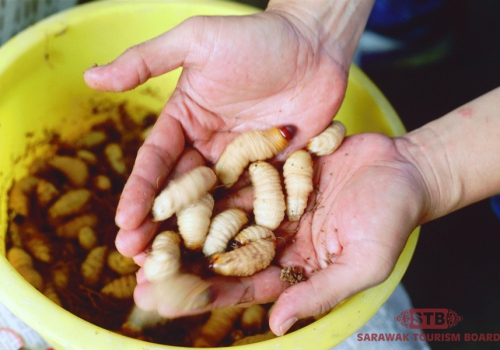 Sarawak on a Budget

You have numerous amazing memories of fun-filled holidays to far off places. You made new friends, you have the souvenirs,…

SARAWAK: LAND OF THE HORNBILLS Beautiful sunset at the Kuching Waterfront CITY CALL The cleanest city in Malaysia, Kuching impresses…

Mukah is the 10th Division in Sarawak and have been declared as a Division on 1st March 2003. Usually visitors…