Mulu – 60 million years in the making

The story of Mulu National Park started so long ago, in a time span that is difficult for us humans to grasp – 40 million years ago – and to make it even more intriguing, the Mulu story began deep under the sea.

The mystery and magic of Borneo has lured the cream of the scientific world since it was first discovered. In 1978 the Royal Geographical Society launched probably one of the biggest multi- disciplinary expeditions ever to Mulu. Prior to this, the Sarawak Government recognizing the special qualities of Mulu, had gone on to gazette it a National Park in 1974. The magic caught on in 2000, and Mulu was declared an iconic UNESCO World Heritage Area, at 55,000 hectares, the biggest National Park in Sarawak.

The stories of the sandstone summit of Mulu peak are even older – 60 million years old. The massive limestone formation, formed deep under the sea, was uplifted to form the landscapes of Mulu, of which the peaks of Api, Benarat and Buddha are so prominent. But let’s start with the limestone that is responsible for the special World Heritage honors– gigantic caves!

Limestone is dissolved by water, of which there is no shortage of in a rainforest, and as a result, Mulu boasts some of the largest caves in the world.

Gunung Mulu National Park qualifies for all four of the World Heritage criteria. Fewer than twenty UNESCO World Heritage areas could manage this feat and these are what they mean for tourism: Superlative beauty – mountains, combined with huge river systems, a tropical rainforest and huge caves. The earth’s history and geo features are evident in the gigantic caves and the Pinnacles. Appreciate the biodiversity and ecological processes when you do adventure trekking or just stroll along the botany trail. 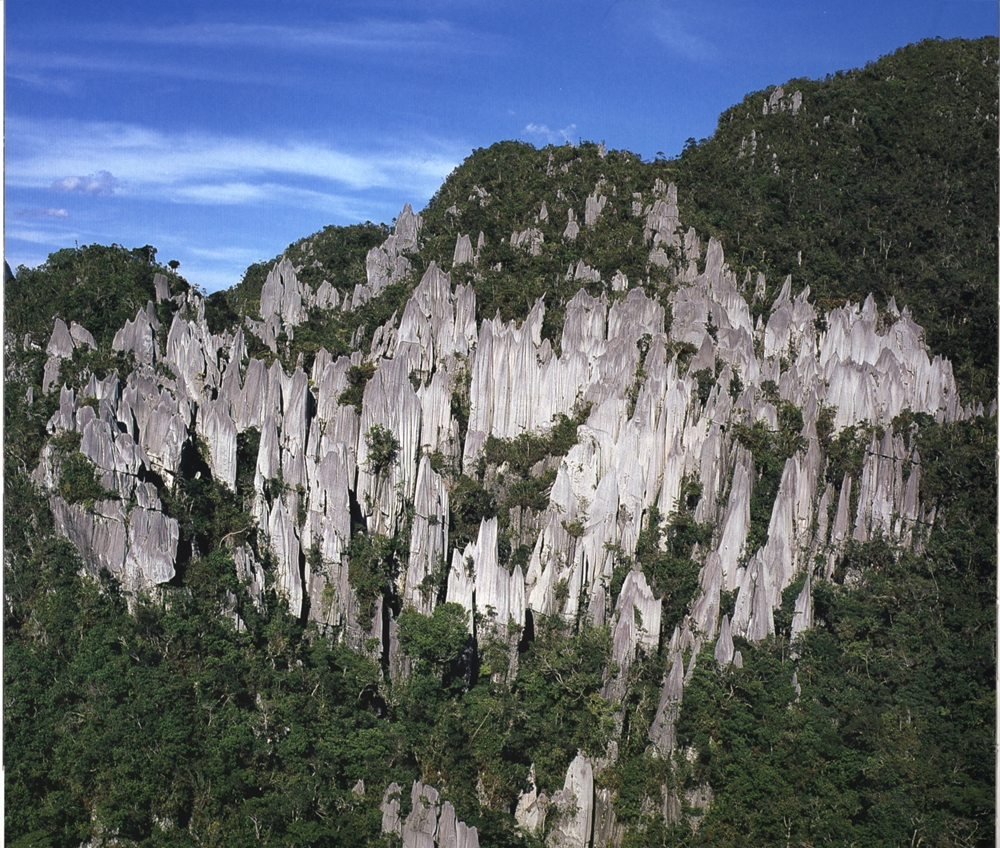 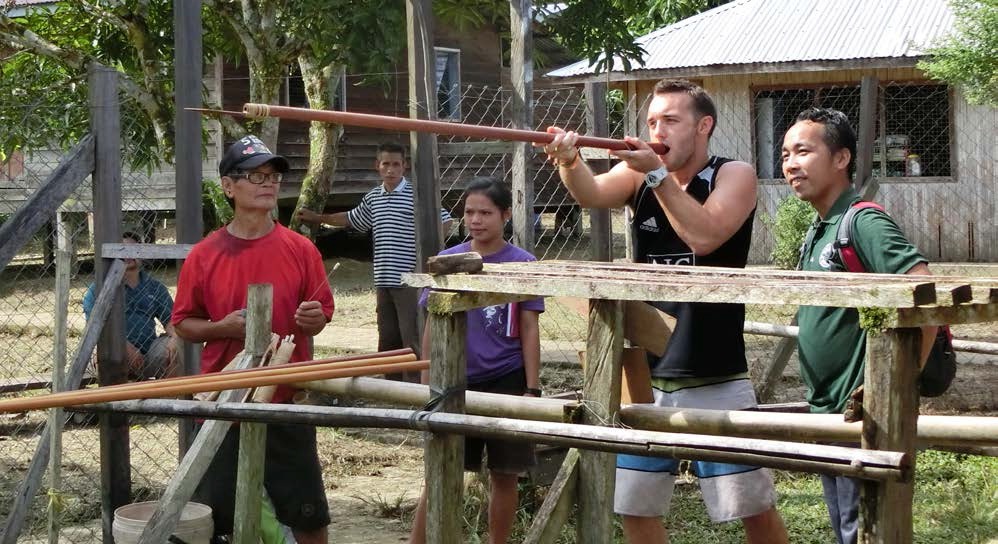 Mulu has been a legendary place since ancient times – rich in fish stocks, local ‘midin’ fern and the firm local favorite – wild boar! From the river-based Berawan tribes of Long Terawan to the now settling Penan in the villages of Batu Bungan and Long Iman: these are the Mulu locals and they play an integral part in the affairs of Mulu National Park. These villages are also made accessible for tourists to visit, specifically to enjoy the local handicraft market and of course to try their hand at the weapon of choice – the blowpipe! The workforce of the Park consists of 96% locals and all are proud Sarawakians. 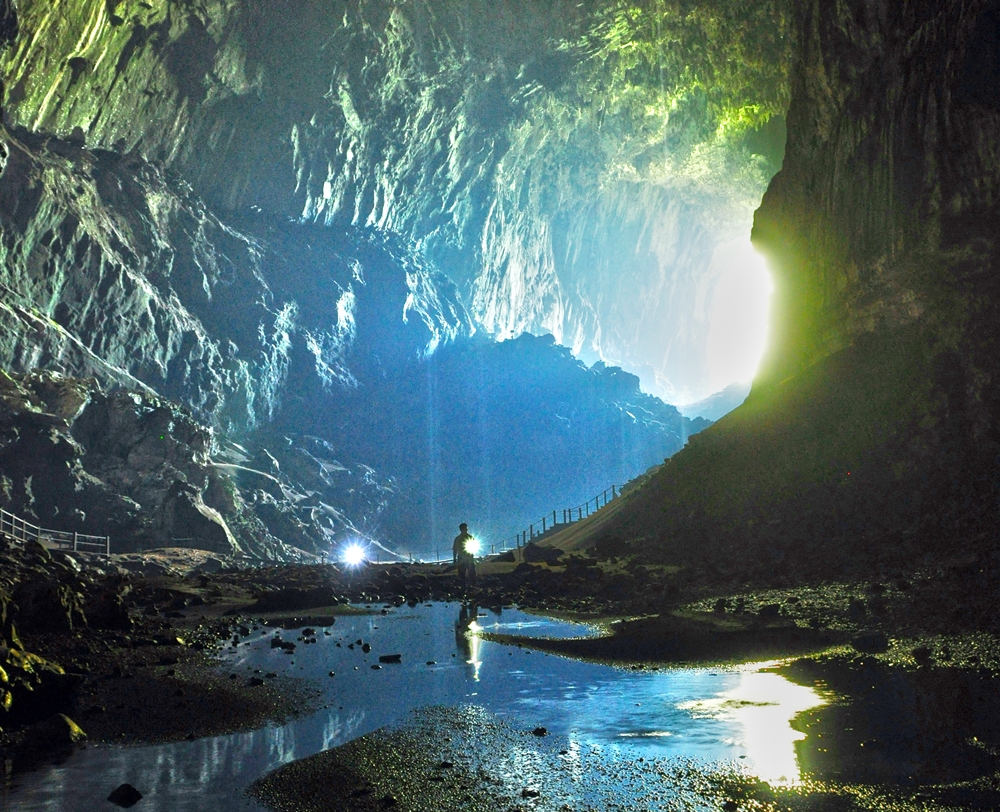 The bio-diverse tropical rainforest is stunning in itself.  The almost 6m of annual rainfall that maintains the forest has the dual function of activating the strong dissolution processes, thus shaping the Mulu underground into a gigantic ‘Swiss cheese’ of exquisite beauty and mystery. Thick and massive limestone ensure that Mulu National Park has the largest cave passage in the world (Deer cave), the largest naturally enclosed space (Sarawak Chamber) and one of the 10 longest caves (Clearwater cave) in the world.  Caves are the signature of Mulu. 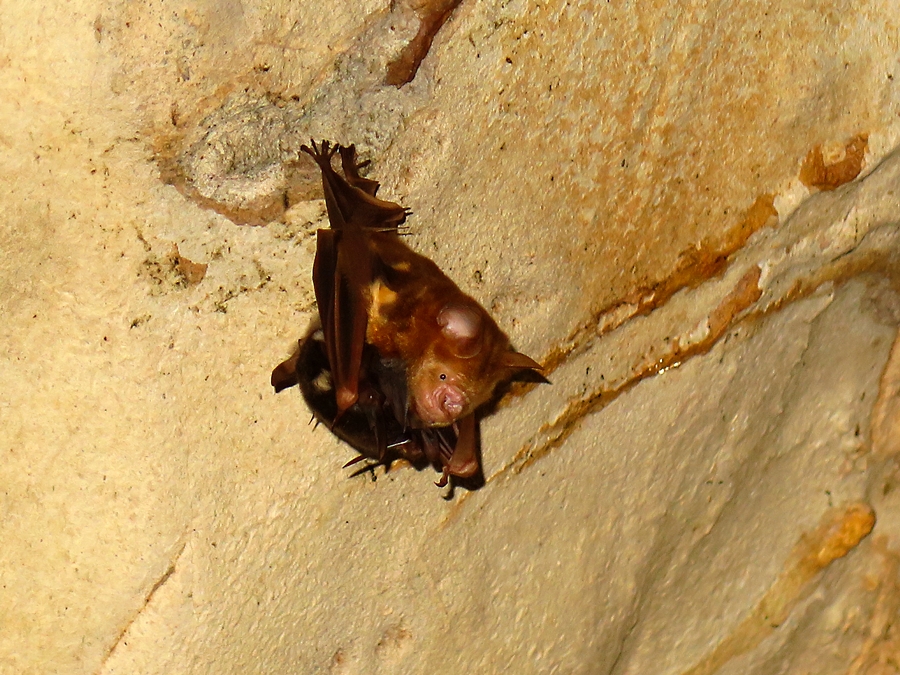 What to do in Mulu National Park 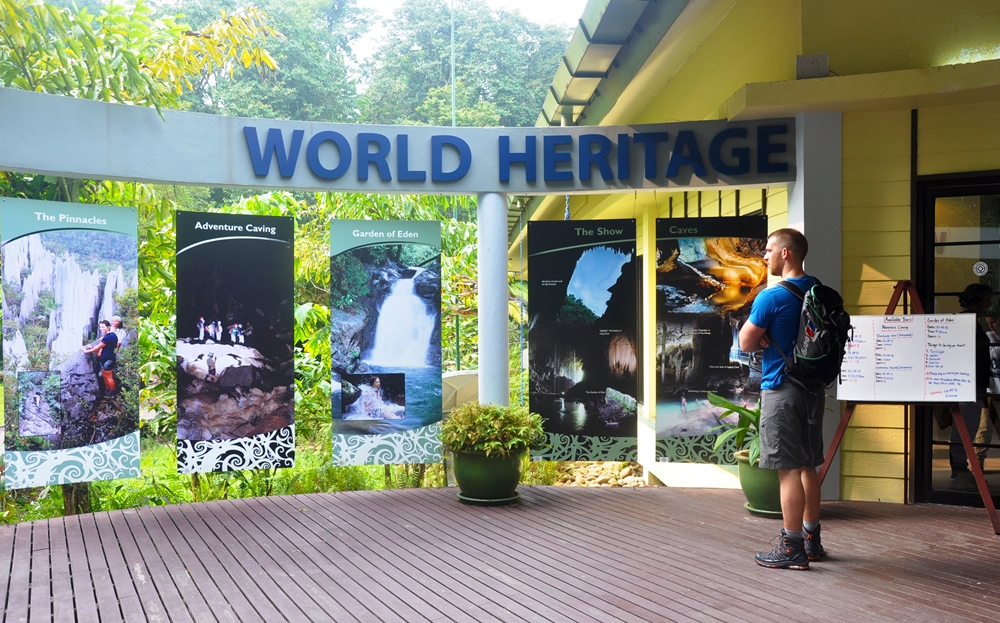 The range of activities is extensive and would suit the laid back explorer to the hard core adventurer. High risk adventure are packaged as ascending Mulu Summit or the limestone Pinnacles. Real wild cave exploring from an advanced level (Sarawak Chamber and Clearwater Connection) to medium and entry level, are available. Plenty of self-guided walks are possible in the park, scaling a bird watching tower or just a sunset cruise downriver on a local longboat. The grand spectacle of 3 millions bats flying out of Deer Cave is a must, a world class experience that is open to all.

Visitors need to book well in advance for activities and to allow enough time in Mulu, to make the visit a lasting experience. 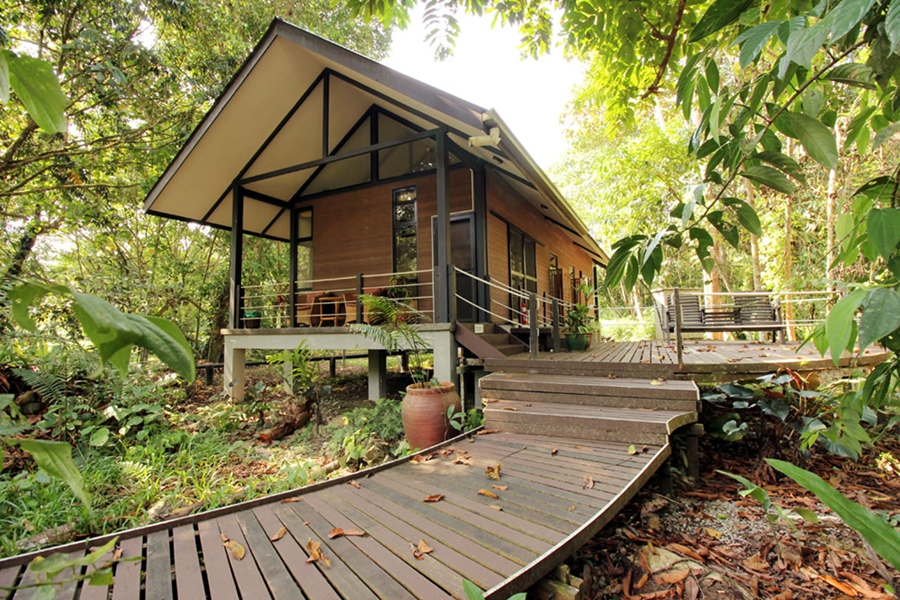 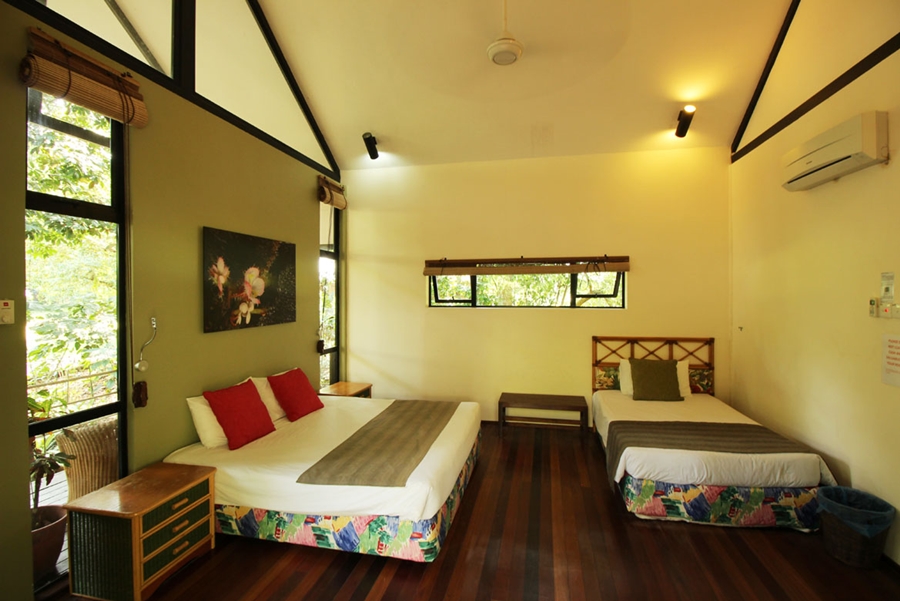 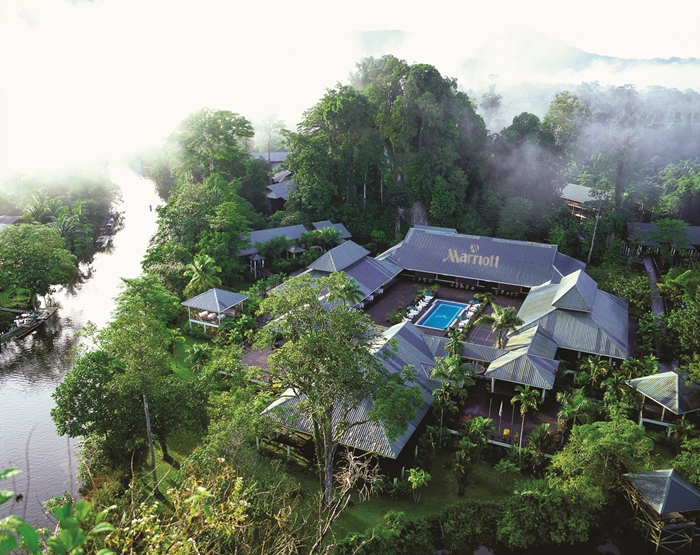 Mulu Park offers a variety of basic accommodation, with a variety of pricing to suit all. The dormitory provides the most basic, whilst the Rainforest Lodge could be perceived as the ‘top end’. Also available are the comfortable Longhouse rooms and family orientated Bungalows. All park accommodation includes breakfast. There are basic private accommodation offered outside the park boundary. Should you really want to have an unparalleled accommodation experience, the Mulu Marriott Resort and Spa is only a stone-throw away.

Mulu is an isolated wilderness experience, come prepared with rain gear, sturdy footwear, personal medical kit and a torch. Cash is essential – there are no banks. The rainforest microclimate is unpredictable and often results in delayed flights or activities having to be cancelled, for safety sake. Our adventure activities are high risk in nature and medical assistance is limited – please adhere to the expertise of our guides. As a world heritage icon, Mulu attempts to raise an awareness to understand the significance and details of the Park. Thus, a Park guide plays a vital role in this information exchange. 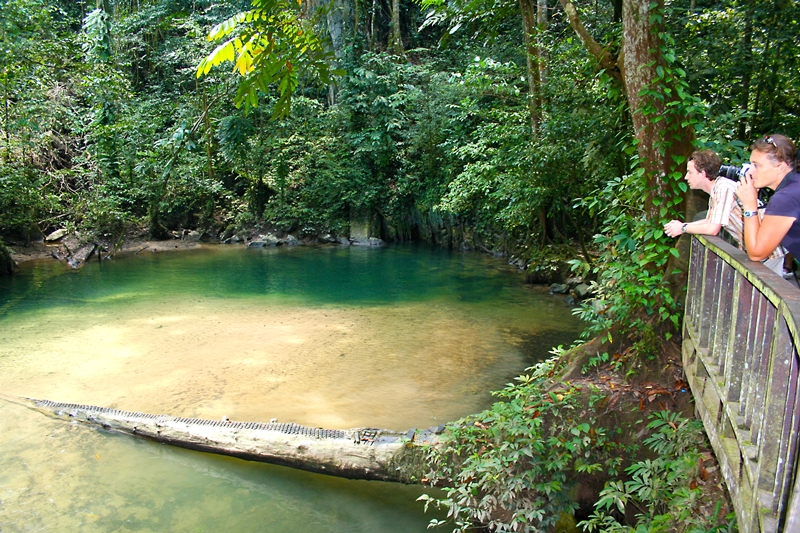 There is simply no better ‘sense-of-place’ feeling, flying over the lush forest into Mulu’s Airport. This is a dead give-away to reveal the remoteness and true wilderness isolation of Mulu Park.

Maswings flights are available twice daily from Miri, daily from Kuching and three times weekly to and from Kota Kinabalu.

For the real adventurers (or romantics), access into the Park via the famous Headhunters Trail (starting from Limbang) is possible. The trail passes by the iconic landmark of the Pinnacles and the remote Camp 5 en route to the Mulu Park Headquarters.