Tanjung Datu may be the smallest of Sarawak’s National Parks, at just under 14 sq km, but it is also one of the most beautiful. The park comprises a narrow ridge of rugged forest-covered hills fringed by pristine white sand beaches, crystal clear waters and patches of coral reef. The rich mixed dipterocarp forest reaches almost to the water’s edge in some places, and this close proximity of rainforest and coral reef – the two most diverse natural communities on our planet – make Tanjung Datu a very important reservoir of biodiversity.

Located at the south-western tip of Sarawak on the Datu Peninsula, Tanjung Datu is one of Sarawak’s less accessible natural parks, but its relative remoteness is one of its main attractions. The beaches really are undisturbed, the corals offshore are untouched and the forest trails are virtually untrodden.  This seclusion has helped to preserve a wide range of unusual plant species, including the night-blooming Putat tree (barringtonia asiatica), which produces pink and white flowers the size of tennis balls, huge Umbrella Palms and Strangling Figs, whilst the beaches are fringed with purple-flowered Sea Morning Glory.

Tanjung Datu’s animal life is equally rich and varied. Notable amongst the hundreds of bird species are at least three types of Hornbill, as well as peacocks. Primates include Bornean Gibbons, Pig-Tailed Macaques, Long-Tailed (or Crab-Eating) Macaques, and Silvered and Banded Langurs (or Leaf Monkeys). Bearded Pigs, Sambar Deer, Mouse Deer, Barking Deer, Bearcats, Civet Cats and various species of squirrel are amongst the land mammals that may occasionally be seen here.

Reptile species include a variety of ground and tree lizards, as well as Pit Vipers and Tree Snakes, but Tanjung Datu’s greatest contribution to reptile conservation is its role as a marine turtle nesting site. Highly endangered Green Turtles and Olive Ridley Turtles regularly lay their eggs on the park’s beaches. Therefore a turtle hatchery has been established – a fenced-off area close to the beach which is protected and monitored by park staff. Eggs from nests vulnerable to predators such as pigs, monitor lizards and snakes are relocated here to reduce the high levels of natural mortality. As well as turtles, the waters offshore from Tanjung Datu are home to dolphins, and unidentified whale species have also been reported.

The unpolluted crystal clear waters of the South China Sea support a wide range of marine life, and the coral grows close inshore. This makes Tanjung Datu a good location for snorkeling and scuba diving, although scuba divers have yet to explore its full potential.

Tanjung Datu’s coral reefs are home to a number of venomous creatures, including Sea Snakes, Coral Snakes, Stonefish and Cone Shells. Marine Snakes are usually harmless if undisturbed, and if seen should be left well alone.  Stonefish may conceal themselves in mud or sand surrounding the coral, especially at low tide, so do not walk or swim barefoot around coral reefs.  Cone Shells are highly venomous and should not be handled under any circumstances.

There is no road access to Tanjung Datu. Access is by boat from the nearby village of Telok Melano (15 mins), or on foot via the Telok Melano – Telok Upas – Tanjung Datu HQ Trail (2½ hrs). Telok Melano itself is however accessible by road (30-min) from the town of Sematan, about 2½ hrs drive from Kuching. Boats from Sematan to Telok Melano are infrequent, unscheduled and cater to local communities, so independent travel to the park may be difficult. Designated tour operators offer transport and guided tours to the park – further details are available from the National Parks Booking Office in Kuching. Please note that neither Tanjung Datu are accessible by boat during the monsoon season (October-February) due to high seas. 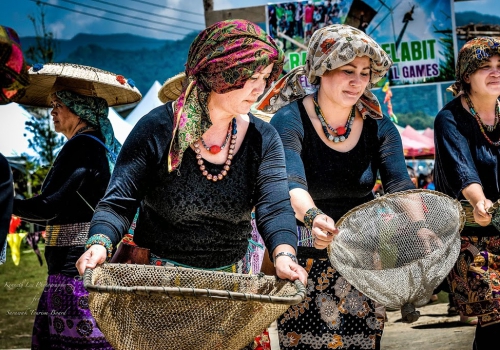 These are some of the top things to do in Miri. The city is Sarawak’s second largest city and the…